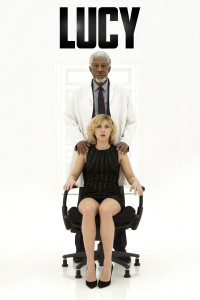 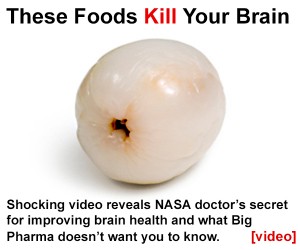 In one of the rare occasions that I decide to waste 2 hours of my time watching a movie I decided to watch Lucy by Luc Besson. I saw the banner on a bus last year and it caught my eyes. You know, I am into marketing and advertising is part of what I do.

And I am glad I did. This movie is genius. Although there is some criticism to the science behind it, still it is a movie that deserves to be watched.

The whole idea of synthesizing a compound that is naturally produced by the a pregnant woman’s body and introduce it to adults as a hallucination drug and turns out to be at larger doses a brain enhancer … it just got me.

The next time I have enough time to spend on watching a movie with company I will go for this one.

Now back to the CPH4 thing.

First of all I am a scientist and I hold a PhD in biology. So I think I qualify to talk about this issue.

Basically this chemical compound with this name (or abbreviation) is not known to scientists. The director says that it does exist and that he changed its name.

Although there is research about the chemistry behind the cell development in embryonic phases, to my knowledge so far there is no such a chemical compound, CPH4 or otherwise, that single-handedly pushes the cells to develop into bones.

To make it easier to understand, this power of a compound that controls the development of a group of cells in a certain part of the undifferentiated mass of cells is only given to hormones. Ahormone is like an orchestra conductor. It tells certain cells in certain locations what to do, including differentiation into other types of cells.

So no it is not the CPH4 synthase you found (or will find) on Wikipedia. That’s an enzyme, not a hormone. This enzyme synthesizes CPH4 (6-carboxy-5,6,7,8-tetrahydropterin), which is one step in a pathway that produces queuosine (a modified nucleotide found in tRNA both in bacteria and eukaryotes like you and me). Again this can not single-handedly do anything major. tRNA is a molecule involved in the translation of genes into the functional (enzymes or structural) proteins. Nothing extra.

A hormone has more power and a wider range of action that an enzyme that facilitates only one reaction, which is a part of a pathways among tens others that lead to one event in the life of a cell.

There is a synthetic compound known as CPh4 or C(Ph)4 or tetraphenylmethane (Ph stands for Phenyl, it has 4 of those, attached to one carbon atom). This is not a naturally occurring chemical, it’s a synthetic hydrocarbon that has been synthesized in the lab back in 1898. It is available from chemicals companies like Sigma and is cheap, so it can’t be it. Also it doesn’t dissolve in water and is not blue (there is a blue derivative though). The one in the movie was dissolved in water and introduced to Lucy intravenously.

CPh4 above and its derivatives have a biological activity affecting cell membrane permeability through hole transport of electrons and ions (that’s electricity, hence the electrical impulses that cells exchange as a communication method as mentioned at the end of the movie, probably this is where Luc got his idea).

With all the respect that Luc deserves as a genius director, I can not rely on his understanding of the scientific literature.

However, he said in an interview that he has changed the name of the compound to CPH4 in the movie, and that it is a substance produced in tiny quantities by the pregnant woman’s body at the 6th week of pregnancy. The effect on adults is his movie-director thing, not science.

Certainly there must be some roots for his idea. He must have read about one of the known hormones that govern embryo development, then he used his artistic creativity to make CPH4 out of it.

The movie is fun to watch, and the idea is both smart one and at the same time touched something in me. It gave me both hope and motivation. Hope in the future in the dark world we are living in right now and a motivation to use all of my resources to the maximum limit, and push it even beyond my current abilities to get the most out of my limited time on Earth.

The moral I got from the movie is to “pass it on”.

You can watch the movie online legally (not a pirated copy) here.