Stress Behind the Wheel: Driving Anxiety 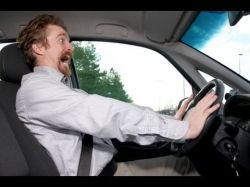 My wife (we’re separated, but still married) has fear of spiders. Well … all kinds of bugs to be honest. Yet she has no fear of flying, cars, guns, knives … and all of the really dangerous stuff you can imagine. I never understood the psychology behind her fears of those tiny harmless critters (to the contrary, they’re very helpful to us and the environment), but I do understand the driving phobia and related driving anxiety.I used to have it since I was a teenager until I had to own my first car at the age of 28 when I moved to a smaller town where there’s no reliable public transit. It started with an accident I had when I was driving my dad’s car that took place at the entrance of our house after a long drive home from out of town.
It was so bad that I couldn’t drive even when a friend needed to be taken to the hospital, I had to call for help and wait.I mentioned having to own my first car around 10 years after my accident. I overcame my driving anxiety with the help of really good friends who supported me through the whole thing. I had to learn driving allover though. Those 3 friends of mine allowed me to train on their own cars, although they knew about my fear of driving. I owe it to them.The funny thing is that after a year of having my new license I was driving on a freeway with one of those friends when we barely avoided being crushed by a speeding careless truck driver, the car fish-tailed for a what felt like a minute before it came to a full stop right before we hit the side fence and fall of the road. Couple of seconds later I was checking my mirrors and blind spot before I pull out to the road again, only this time my friend is the one who had a panic attack and it took me 5 minutes to calm him down before we could pull out again :-).

Helpful Tips to Eliminate Your Fear of Driving a Car 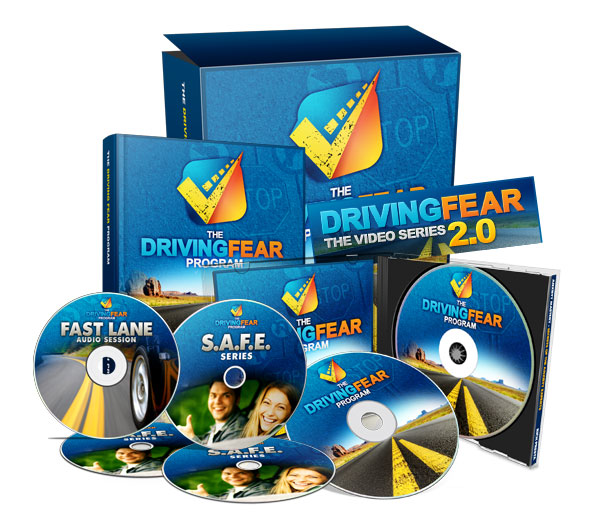 When I had the fear of driving I didn’t even know that I had it. I just couldn’t get behind the wheel. Later I learned that there is a condition called driving anxiety and that many people have this kind of phobia. I was lucky I came over it easily, probably because I didn’t even know it is a condition. Imagine how this kind of fear will affect the quality of life of someone who has to drive every day to drop the kids at school, then off to work, then back to pick up the kids and go home, then for grocery shopping on the weekend, then to drop his wife at the mall and come back after a whole day of shopping to pick up the family and the cargo they collected using my credit card ….. grrrrr!Anyway … here are a few tips to help over come the driving anxiety, or any anxiety in this matter:
1. Slow and deep breathing: When you notice any of the anxiety signs showing on you, like sweating, nervousness, maybe some stomach pain and nausea, start inhaling deeply from your belly not from your chest, and allow the air to go out of your nose slowly. Keep repeating that slowly and calmly.You know, there is a meditation technique that’s all about breathing, and the beginners start with just that. It helps relax and clear your thoughts so that you can focus on the driving itself and ignore the fear. It also helps stabilize your heart beating rate, which counteracts anxiety.

As I mentioned above in how I did it, I had friends with me who let me train on their cars, and two of them were going with me as passengers for a while after I got my own car. They did that, whether purposefully or just for fun, to help me gain confidence. And I can tell you it worked.

Later when I had to start driving alone I was a little hesitant, and sometimes I would rather walk than drive, but it all subsided until it’s all gone. I told you the incident when I was the confident one while my supporter friend lost it.

When I had my first car it was before the CDs and mp3 players, and definitely before the i-life that came later. So I was using the radio or the cassette to keep some background noise, just like the one I used to have at home when I wake up in the morning and tell the time from what program is running in the radio. This helps take your attention away from the anxiety. Also if you have a favorite song or music it helps relax you, which is again the counterpart of anxiety.

You don’t have to start off driving on the freeway for an hour and a half the first time you drive after overcoming your fear of driving. Start with driving around the block, then to the mall or the school, then to your friend who lives 5 miles away, then after you master driving daily for a couple of weeks in the city take a friend on a your first freeway trip. It doesn’t have to be a long one either, maybe 5-10 minutes of driving at first, and after a while start taking it further.

What worked with me is that I went through the cure without knowing that it is a cure for a condition I didn’t know I had. It just happened to me. This strategy might now work with someone who’s aware of the condition and/or have tried the above strategy and had no success with it.In that case a professional help from a psychiatrist could be the next step. Or you can read more about the issue and try to find your triggers and block them.

Fear of Driving for the First Time

If this is your first time driving then the fear is normal and is predictable. It’s the fear of the unknown. You can overcome this fear with driving in an empty parking lot. Driving off the road will help you avoid a lot of hazards and distractions so that you can focus on controling the vehicle. The second time you’re behind the wheel will feel totally different and you’ll be eager to do it.

Here is a video that says it all.

I am a living proof, you can do it

After I overcome my fear of driving I reached a point when I enjoyed driving to the point that when I get stressed from work, life, or whatever reason my relief was in taking the car and driving aimlessly until I relax then I turn around and go home.

My driving wasn’t 100% accident free though. I had my share, but they were all minor accidents that didn’t leave any damage to the car nor to myself. Confidence is the key, once you get it work on keeping it by driving as frequently as possible until it becomes a second nature to you. You’ll be surprised at how you’ll act when in a situation when you have to act fast to avoid a collision.

Also remember that you’re not driving alone. You’re sharing the road with other experienced drivers, less experienced ones, and some careless drivers who might as well drive under influence. Drive safely and resist becoming over confident. It’s arrogance that leads to dropping your guards and consequently accidents.

Your contribution is much appreciated, especially when you put your deepest thought and nicest words in it 🙂